Part 1 of this distressed M&A series addressed the unique aspects of acquiring distressed companies as compared to financially healthy companies. Part 2 of this series offered a comparative look at distressed markets in the COVID-19 era and historically similar periods. Having decided to explore a distressed sale or acquisition, part 3 of this series will serve as a high-level primer on the different ways in which a distressed company or its assets may be sold in and outside of bankruptcy court and some of the benefits and drawbacks of each.

In the United States, there are several avenues under federal and state law to complete a distressed M&A transaction. The mechanisms fall generally under five categories:

The importance of understanding these varying options and the benefits and pitfalls of each cannot be overstated. The competing balance of timing, cost, and insulation from liability will inform all elements of the transaction, from process and structure to economic terms. While the options above are addressed at a high level in this article, the optimal path through one or more of these avenues will be determined by the particular facts and circumstances at hand. The risks and considerations inherent in a distressed transaction affect buyers and sellers alike, so parties on all sides of the transaction should discuss the options with counsel and carefully consider each potential path to determine the strategy that best meets their needs, their wants, and the realities of the transaction.

The United States Bankruptcy Courts offer debtors and creditors the most protections and the most peace of mind in completing a restructuring process or asset sale. A Section 363 sale of a debtor’s assets provides, among other things, a mandated auction process, full transparency, a discharge of pre-filing liabilities, and ultimately a court order blocking a large amount of successor liability.

A key consideration and notable benefit to the federal bankruptcy process is the debtor’s ability to assume (force continuation or compel assignment even in the face of contract restrictions) or reject (breach and leave behind with the bankruptcy estate) contracts and leases. This power, only available under the United States Bankruptcy Code, may be used by the debtor to force counterparties to various contracts to move through the restructuring process in lockstep with the debtor and its proposed sale to a third party or, alternatively, to shed burdensome contractual and lease obligations. The debtor and its proposed purchaser may typically approach its contractual counterparties with decent leverage as a result and pursue renegotiations of various terms.

But, the Most Expensive

These powers and protections do not come without cost, however, as bankruptcy is almost certainly the most expensive of the options explored in this article. The fulsome process involves a number of interested parties (the debtor, committees, the United States Trustee, major creditors, etc.) and multiple mandatory court hearings. Bankruptcy is a “show your work” endeavor, requiring a real marketing process of the assets to satisfy the bankruptcy judge and other parties in interest that the debtor is proceeding in a manner to maximize the value of the debtor’s assets, which includes court approval of bidding procedures, the submission and evaluation of bids, a public auction, and approval of the final sale and terms by the court. Further, the transparency and auction process may increase costs for the buyer as other bidders have a full opportunity to participate and submit bids to the seller for the assets, even after preliminary agreement is reached. However, a stalking horse bidder who provides an early offer to the debtor (often before the bankruptcy petition is filed) can negotiate for somewhat favorable bidding protections and some expense reimbursements and break-up fees that can cover some of the costs if the stalking horse bidder is not selected as the final highest and best offer for the assets.

An Article 9 sale under the Uniform Commercial Code presents an alternative directly in contrast to the inherently more involved and potentially lengthy bankruptcy process: it is quick and it is cheap. In an Article 9 sale, the secured creditor takes control of the sale process, identifies bidders, and conducts an out-of-court public auction process. Unlike in bankruptcy, only 10 days’ notice is required to be given to interested parties (i.e., creditors with secured claims against the assets) of the proposed sale, and no other marketing process is mandated beyond a public notice of auction. Article 9 sales are conducted and completed without any court oversight and typically involve fewer interested parties than in bankruptcy.

As the quick and cheap alternative, it should come as no surprise that Article 9 sales offer the least protections to buyers and sellers of any of the formal insolvency processes outlined in this Article, as buyers and seller do not possess a federal or state court order blessing the sale or protecting the parties from claims, although there are safe harbors that offer some protection. Therefore, parties must evaluate the risks associated with possible challenges to the sale either during the process or even after closing.

No Ability to Compel Assignment of Contracts

There is no mechanism to wrangle contractual or lease counterparties or to pick and choose contractual and lease obligations to assume or reject, and there are certain other limitations when the collateral involved in the Article 9 sale is comprised of real property. Before entering into an Article 9 sale, it is critical for counsel to help evaluate the need for assignment of the seller’s contracts, as consent of the counterparties will likely be needed and are often impossible to obtain through this process.

Receiverships and Assignments for the Benefit of Creditors (the latter most commonly called “ABCs”) are each creatures of state law statutes and thus vary greatly by jurisdiction. Some jurisdictions possess no statutory ABC predicate whatsoever (e.g., Connecticut) and others may not have any kind of modern statutory processes that are widely utilized or that may be easily used to dispose of assets (e.g., North Carolina, among others). However, a collection of jurisdictions have built out more robust statutory schemes with modern capabilities (e.g., California, Delaware, and Minnesota).

In both receiverships and ABCs, an independent third party (the receiver in a receivership, and the “assignee” in an ABC) will take control of the target’s assets—management will no longer be in control. While the parties will often have some say in the identity of the receiver or assignee, there is no guarantee that they will share the same views on a proposed transaction. There is also some level of additional cost, as receivers and assignees will hire their own counsel to guide them through the process.

Although there is a high level of variance, there is typically some court oversight for ABCs (though not always). Receiverships are almost always a court supervised process and as such parties will find more judicial oversight down that path. ABCs range from fairly quiet undertakings (very little day-to-day activity) to what can amount to mini-bankruptcy cases, and in some jurisdictions (e.g., California and Delaware) the ABC process is known to be professional and reputable.

An ABC will require shareholder consent to the process, whereas receivership will often require intervention by the lender(s) (such as a state law foreclosure proceeding). In a receivership action, the movant (typically the lender or a creditor) must provide compensation for the receiver in the event that income or assets are not recovered to cover the costs of the proceeding. It can be more difficult to sell assets in either of these alternatives “free and clear” of liens, and it may not always be practical to sell real property assets. Likewise, there is often no ability to assign contracts to a purchaser without consent of the counterparties.

All in all, if the process is available in the appropriate jurisdiction, receiverships and ABCs occupy a middle ground in the cost/benefit analysis of restructuring—more protections and more expensive than Article 9 sales, less protections, and less expensive than bankruptcy.

Out of Process Distressed M&A

Most Flexible; But No Statutory Protections

It is also possible to accomplish a sale of a distressed company or its assets outside of any of the formal processes outlined above. This is simultaneously the most flexible and the most uncertain of the avenues. While there are no requirements for a public sale process or auction, there is a risk of running afoul of fraudulent conveyance laws, including for buyers of the assets and successor liability claims. There is also no immediate gating approval issue, either by shareholders for an ABC or lenders for Article 9 or a receivership (generally can be accomplished by board action, though it would depend on the target’s governing documents). But there is nothing to prevent challenges to the sale and its consequences by aggrieved parties either during the process or after closing.

Unlike the other formal insolvency processes discussed above, there is no mechanism available outside of any insolvency proceeding to remove liens or encumbrances on the assets or to assign contracts without counterparty consent. Ultimately, it could require unanimous agreement among lender groups to take the assets free and clear, adding additional time and complexity to the transaction.

It is incumbent on both buyers and sellers in distressed M&A markets to understand the costs and benefits of the various insolvency processes in order to make informed decisions. Equipped with a general understanding of the likely possibilities, and the help of experienced counsel, buyers and sellers can navigate the waters of distressed M&A markets to maximize upside and minimize risks for each unique situation. 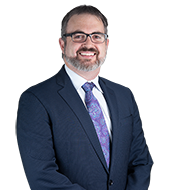 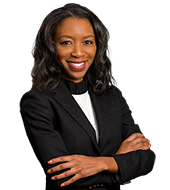