Impact of Brexit on UK FinTech

In this insight we consider the current and potential effect of Brexit on the UK’s FinTech industry across areas including regulation and passporting, data sharing, anti-money laundering, human capital, the role of banks, London as a FinTech centre and venture capital.

Regulation and Passporting
London currently enjoys a major advantage over many of its European competitors: proactive financial regulators who are receptive to new innovation. The UK’s Financial Conduct Authority was one of the first major national regulators willing to provide scope for peer-to-peer lending and crowdfunding platforms. It established a "regulatory sandbox", a domain to walk financial technology start-ups through compliance and risk testing without regulatory repercussions. The Bank of England has further launched a FinTech Accelerator to build a network of firms to meet the challenges faced by the central bank, providing excellent opportunities for new business.

However, one of the greatest challenges to cross-border FinTech expansion is a lack of uniformity between different legal and regulatory environments. Differences in regulation, licensing, compliance and institutional oversight between countries create difficulty and costs. Currently, much of the regulation relevant to FinTech (for example, in relation to payment services and money laundering) is contained in European Union legislation. To the extent that UK regulation was to diverge from the remaining 27 EU countries, there is the potential for cross-border activity to be impeded.

Passporting (the process that allows UK-based companies to use their UK financial licences to permit them to do business in the other EU countries) is arguably the most significant issue facing UK FinTech companies in the context of Brexit. Passporting is relevant to FinTech because a number of activities carried on by certain FinTech companies require a regulatory licence or authorisation in European member states: examples include the provision of payment services, retail lending and (in some cases) commercial lending. If the UK’s passporting rights are lost, UK FinTech companies would no longer be able to rely upon their UK authorisations to conduct regulated activities in the remaining EU member states. Instead, they would have to obtain new licences from an EU member state (which might well involve them transferring some or all of their operations from the UK).

However, the loss of the UK’s passporting rights is by no means certain. It should also be remembered that the passport works both ways. If the UK is outside the European Economic Area (EAA), then EEA located firms will not be able to passport into the UK either. Also, passporting does not apply to the activity of operating an electronic lending platform. It has a UK only regime.

The future of the second EU Payment Services Directive (PSD2) is potentially in doubt. That initiative is setting policies for how FinTech firms and software developers can build applications that pull data from bank accounts. PSD2 may lose steam for a period but it seems Brexit will have a limited impact in this discussion as all the same challenges remain.

Data Protection
The UK may need to negotiate new data sharing arrangements with both the European Union and the US which will affect UK FinTech companies as they attempt to utilise the data they hold - the data which may be one of their biggest assets.

Data Sharing with the EU
Currently, the UK’s data protection rules under the Data Protection Act 1998 are in line with the European Union’s Data Protection Directive. However, that directive is likely to be replaced with a much more stringent General Data Protection Regulation (GPDR) on 25 May 2018. Therefore it is possible that the GPDR will apply in the UK (if only for a short time period) if the UK exit from the EU has not happened by that date. The GPDR’s obligations will apply to organisations located anywhere in the world which process EU citizens’ personal data in connection with their offer of services and other activities. In order to continue to move data freely between the UK and the EU, the UK will have to prove it offers equivalent levels of protection to those in the GPDR. This will require changes to UK law.

Data Sharing with the US
It was only on 12 July 2016, that the EU-US Privacy Shield was approved. The Privacy Shield replaces the Safe Harbor agreement, which was in place for 15 years before the European Court of Justice nullified the agreement that, according to the European Commission, gave privileged status to US companies, allowing them to “self-certify” they complied with privacy standards agreed between the Commission and the US Department of Commerce. As a result of this judgment, a new framework was needed.

Companies looking to transfer data across the Atlantic will be able to apply for the Privacy Shield mechanism from 1 August 2016. The new agreement imposes firmer obligations on US companies to protect EU citizens’ personal data, requiring stronger monitoring by the competent US authorities, including through close cooperation with European Data Protection Authorities. For instance, the US Department of Commerce will have to conduct regular updates and reviews on rules imposing strong obligations on participating companies, giving it the power to remove them from the authorised list and to impose sanctions for noncompliance.

If and when the UK leaves the EU then it will no longer be covered by the Privacy Shield and so will have to negotiate its own data sharing treaty with the US.

Anti-Money Laundering (AML) and Know Your Customer (KYC)
The Financial Action Task Force (FATF), an international inter-governmental body established in 1989, has established an international AML framework, applicable to all FATF members. This includes the UK, most EU member states and the European Commission itself. Brexit would not affect the applicability of FATF rules in the UK, unless the UK took the unlikely step of withdrawing from the FATF.

It is likely that a post-Brexit UK would either need to map across its current legislative measures or to be able to provide equivalence. For example, the Fourth EU AML Directive is set to come into force in June 2017 and will remove banks’ ability to rely on the simplified KYC regime currently available in respect of certain low-risk clients, such as listed companies. This could significantly increase the time taken internally to complete the KYC process. The Fourth Directive stems from the latest FATF recommendations, so the UK may well need to take similar action post-Brexit. Given that the UK has often “gold-plated” the EU legislation giving effect to the FATF framework, it is probable that the UK’s domestic AML provisions will be unlikely to differ significantly from those of the EU post-Brexit.

Human Capital
The growth of UK FinTech is partly dependent on attracting the best and most talented human capital in the UK, from EU countries and from the rest of the world. Over 30% of the UK’s FinTech human capital is from the EU and overseas. The uncertainty surrounding free movement of people means that it could be more difficult to source talent in London, potentially improving the competitiveness of other global FinTech centres.

FinTech and Banks
The potential loss of passporting (and the possibility of having to comply both with EU regulation and new UK regulation) will present enormous challenges to banks and other regulated financial entities. Before the Brexit vote, traditional providers of financial services had been quietly investing in and developing their own FinTech initiatives.

A significant amount of their management time, innovative resources, as well as compliance capabilities, will be focused on handling Brexit. Potentially this will slow down the banks' ability to develop new business and invest in FinTech and other cutting-edge areas. This provides a temporary window of opportunity for small and medium-sized independent FinTech companies to gain pace.

In particular, the rise of Berlin continues. “London has committed suicide as a leading FinTech centre,” tweeted Jochen Siegert, chief operating officer of Traxpay, a Frankfurt-based payments platform. The transfer side of FinTech payment service businesses relies on being a member of SEPA (the Single European Payment Area). If the UK lost access to this area and the single market during negotiations, then such companies would need to set up a subsidiary in Europe. Berlin is the most attractive option in terms of economic size but there is also competition from Switzerland and Ireland. It is worth noting that London has an attractive critical mass of expertise with 350,000 people working in financial services and 320,000 people working in digital technologies.

Venture Capital
Berlin’s tech companies received €2.15 billion in venture capital funding in 2015, more than the €1.77 billion attracted by London, thereby giving the German capital the leading position in the European market. Investors will look to pressure firms to relocate to where the returns will be higher. However, of the 12,000 FinTech companies in the world only 300 are based in Germany with only one company’s financing round topping $50 million in 2015, versus 38 in the United States.

FinTech investment, as a loss to the UK, could be as high as $5 billion over five years. However, the effect of Brexit upon weakening the value of the pound creates an appeal to foreign investors that could mitigate these potential losses. Anthemis, a venture capital firm, has invested in FinTech firms such as Azimo, eToro and Currency Cloud, as well as challenger bank Atom. Anthemis stated that it would become more aggressive in its FinTech investments. It holds most of its funds in euros and US dollars, making UK investments more lucrative with the historic drop in sterling.

The US FinTech sector is positioned to exploit its major advantage over British rivals. North America attracted $1.08 billion in investment funding through 128 deals in the first quarter of 2016 alone, according to KPMG. While the number and pace of deals rose faster in Europe, there is a lack of venture capital funding in London compared to Silicon Valley, New York and Asia. The US outstripped Europe with three times as many deals in the same period and is now entering “mega-round” territory of regular deals worth $50 million or more, yet only the UK challenger bank Starling raised $70 million in Europe in that period. Five of the globe’s top 10 funding rounds were North American based, totally more than $700 million.

Conclusion
A post-Brexit survey of 250 UK FinTech firms by Innovate Finance looked at their attitudes toward relocating to continental Europe: 47.6% said they might move, 28.5% said they might stay in the UK and 23.8% had made no decision.

For London’s FinTech community, according to a meeting of its members, its short term worry is a sudden freeze in investment and liquidity. Its medium term worry is continued access to the single market, regulation, passporting and ability to attract top tech talent. These are the key issues which will be taken into consideration. In terms of a potential solution, a continental European subsidiary of a UK FinTech company is becoming an attractive option, maintaining the advantages of the critical mass of London’s financial expertise whilst mitigating the risks and prolonged uncertainty of Brexit.

For more of our thoughts on the implications of Brexit, please click here. 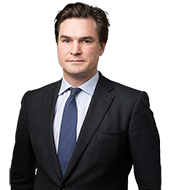