*This information is accurate as of 11.00 am Wednesday 1 April 2020 and is subject to change as this situation evolves.

On Sunday 29 March 2020, Australian Prime Minister Scott Morrison announced a series of principles agreed by the National Cabinet (representing the Commonwealth, its Territories and the States) saying:

"The most significant of those is that states and territories will be moving to put a moratorium on evictions of persons as a result of financial distress ... for the next six months."

The National Cabinet is regularly meeting, with discussion more recently focused on the impact of COVID-19 on tenants and landlords. Mathias Cormann, the Minister for Finance, has said that:

"The key here is to come up with a way forward that is fair and that is sustainable and that equitably spreads some of the pain, so that everyone has the best possible, appropriate chance to get safely to the other side of this crisis."

NSW has been the first off the mark to enact a foreshadowed new law, followed closely by Tasmania. In fact, NSW enacted its law before the PM's announcement.

Whilst the other States and Territories are clearly expected to introduce their own new laws, whether and how uniformity can be achieved across the nation remains unclear. Already a comparison of NSW and Tasmanian laws shows potentially significant differences between them.

Whilst a uniformity in approach appears to be an unstated aim of National Cabinet for the States and Territories, the local circumstances and interests can be expected to still drive differences in the State and Territory laws being introduced in coming days.

This will present some unique challenges, especially for our tenants and landlords managing a portfolio of national premises.

Following is a state by state assessment of the latest new laws in force to protect tenants.

This Emergency Act includes amendments with potential to impact existing laws in relation to property leasing (including commercial, retail and residential).

It introduces significant new powers under both the Residential Tenancies Act 2010 and the Retail Leases Act 1994 for the relevant Minister (NSW Minister) to make regulations, including the power to generally:

…exempt a class of lessees … from the operation of a provision of ... any agreement relating to ... leasing …

It appears that regulations can now be made by the NSW Minister with the effect to prohibit, in certain circumstances and for certain leases, the exercise by a landlord of a right to retake possession of leased premises or to terminate a lease. Effectively, the new law appears directed to the protection of tenants, and not landlords.

Under the Emergency Act, the NSW Minister may exercise regulation-making powers:

The "relevant Acts" go beyond the two Acts under which the power to make regulations is granted and include:

As there is no specific Act relating to the leasing of land for commercial purposes, it remains unclear how this power will be used in relation to commercial premises and commercial landlords and tenants will need to continue to monitor developments in this area.

How Long Will This NSW Emergency Act Apply For?

Any regulations made under the Emergency Act will expire within six months, or earlier if the NSW Parliament chooses to repeal them.

Although the Emergency Act establishes the broad emergency powers for regulations to be made, no regulations have as yet been made under them.

If and when regulations will be made pursuant to the Emergency Act's powers remains unclear.

What Have Other State Jurisdictions Done – Western Australia, Queensland, Victoria and Tasmania?

In Western Australia it appears that:

In Queensland it appears that:

In Victoria it appears that:

Similar to NSW, the Tasmanian parliament has introduced the COVID-19 Disease Emergency (Miscellaneous Provisions) Act 2020 in response to the COVID-19 pandemic.

The Tasmanian Act broadly empowers the Minister to give notice to landlords to stop them from terminating leases or increasing rent payments during this time.

Instead of the enactment of a legislative provision similar to NSW and Tasmania, the Morrison Government has indicated it may consider providing rental property owners with tax relief as a compensation for the waiver or reduction of their tenant's rent.

Even if landlords voluntarily suspend or otherwise provide rent relief to their tenants, many landlords and tenants alike will still require the support of financiers and the Government.

Consequently, we expect most tenants and landlords will be focused keenly on keeping themselves informed, with many potentially also seeking to be active in influencing further developments and policies as they continue to emerge. 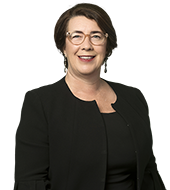 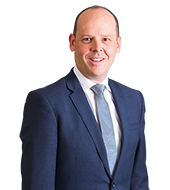