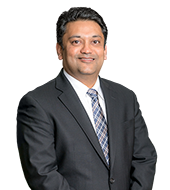 In a pro bono engagement, a team from K&L Gates’ Houston office had the privilege of helping an internationally-known client and her family with their successful applications for asylum in the United States.

Nguyen Ngoc Nhu Quynh, who blogs under the name “Me Nam” or, in English, “Mother Mushroom,” is one of the most prominent political and environmental activists in Vietnam. Since 2006, she has actively fought for human and environmental rights in Vietnam, including by expressing her political opinions online. She has also organized and participated in advocacy activities addressing government transparency, state accountability, environmental protection, and other issues of public interest. Quynh and her mother faced persecution by the Vietnamese government for her advocacy and, in 2016, Quynh was sentenced to 10 years in prison for conducting propaganda against the Vietnamese government.

Quynh and her children were granted asylum in July 2021, and her mother was granted asylum this fall. They have built a new, safe life in Houston and continue their advocacy efforts. The K&L Gates team working on these asylum cases included Li Shen, Grace Haidar, Mai Truong, Hannah Warren, Beth Gilman, and Anil Patel.