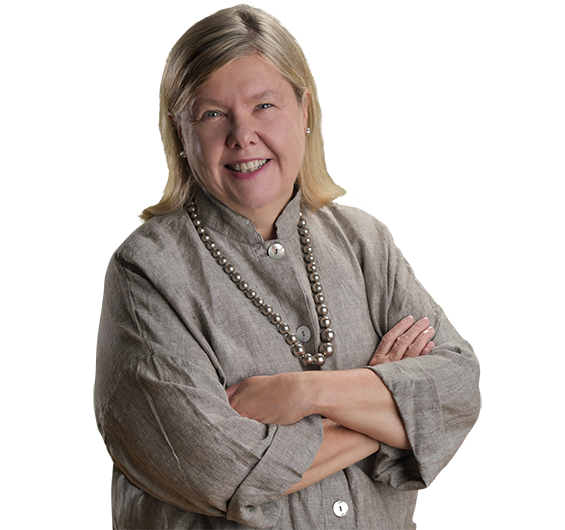 Judie Rinearson is a partner in the firm’s New York and London offices. Judie concentrates her practice in emerging payments, including: prepaid, mobile, P2P and electronic payments; crypto/virtual currencies and blockchain; reward and loyalty programs; cannabis-related payments; and payment basics such as ACH, credit and debit card compliance. She has more than 25 years of experience in the financial services industry, including 18 years at American Express’s General Counsel’s Office. Her expertise focuses particularly in the areas of emerging payments and compliance with state and federal consumer protection laws, anti-money laundering laws, state money transmitter licensing laws and abandoned property laws. She also spent nearly two years in her firms’ London offices, working with authorized e-money institutions and payment institutions, as well as various EU/UK payments laws including PSD2, GDPR and MLD4/5. Judie currently co-chairs the firm’s global fintech group, and has spearheaded the firm’s blockchain initiative.

Fully experienced in both the “issuing” and “acquiring” side of the payments business, Judie has drafted and negotiated complex agreements with strategic co-branded partners, processors), ATM networks, major retailers and service providers, prepaid card issuers and program managers, international remittance companies, virtual and mobile payment providers, as well as consumer-facing Terms and Conditions and disclosures that usually accompany such products. She has hands-on experience in all legal aspects of launching and managing a range of payment products, from prepaid cards, to Bitcoin exchanges and miners, wire transfer services, ACH, electronic banking, money orders and credit cards. Her practice includes advising on fraud avoidance and compliance with federal banking and anti-money laundering laws, as well as state money transmitter licensing laws, consumer protection laws and abandoned property laws. On the international level, Judie has supervised the launch of a range of payment and foreign currency products in Europe, Asia and Latin America; met with international regulators; and spoken on the issue of payment regulation.

Judie has served on the Advisory Board of the UK’s Emerging Payments Association (EPA), and on the Board of the UK’s Prepaid International Forum (PIF), and she continues to be an active contributor in both organizations. She has also served for 8 years as Regulatory Counsel for the Network Branded Prepaid Card Association (NBPCA) (now the Innovative Payments Association) in the U.S., and as Chair of the NBPCA’s Government Relations Working Group, and in that role represented the NBPCA at the Bank Secrecy Act Advisory Group (BSAAG) in Washington DC.

She has long been a member of the American Bar Association’s Cyberspace Law Committee, where she has previously chaired the Payment Card Fraud Task Force.

Over the years, Judie has garnered many honors. In 2015, she was named one of the Top 10 Payment Lawyers, by Paybefore magazine and in the same year was voted as one of the most Influential Women in Payments at the same publication. In March 2008, she was honored with an Industry Achievement Award from the 2008 Prepaid Card Expo for her contributions as a pioneer in the prepaid card industry and her particular influence in the regulation of prepaid cards.

She has also given numerous presentations about emerging payments and global payment regulations at Money 2020 and Money 2020 Europe. She has spoken at meetings held by the Federal Reserve Banks of Philadelphia and Chicago, the Conference of State Bank Supervisors (CSBS), the Electronic Funds Transfer Association, Forum Europe, NACHA, and at annual meetings of the Money Transmitter Regulators Association, American Bar Association and the National Association of Unclaimed Property Administrators. In 2017 and 2018, among other things, Judie presented at the Prepaid International Forum in London regarding U.S. payment laws; moderated a panel at Money2020 regarding block chain use cases; addressed the Association of Corporate Counsel New Jersey regarding regulation of cryptocurrencies; moderated a panel on the future of money at Money2020 Europe; and participated in a panel regarding Regulatory Sandboxes at the Eighth Annual Public Policy Institute on Financial Services at George Mason University. She also testified at the January 2014 Virtual Currency Hearings before Superintendent Lawsky and the New York State Department of Financial Services regarding regulation of virtual and crypto currencies.

She has also given numerous presentations about payment regulations at meetings held by the Federal Reserve Banks of Philadelphia and Chicago, the Conference of State Bank Supervisors (CSBS), the Electronic Funds Transfer Association, Forum Europe, NACHA, and at annual meetings of the Money Transmitter Regulators Association, American Bar Association and the National Association of Unclaimed Property Administrators. In 2015 and 2016, among other things, Judie presented at the Prepaid International Forum in London regarding U.S. payment laws; moderated a panel at Money2020 regarding state money transmitter licensing issues; and trained bank examiners regarding prepaid cards and emerging payments including crypto-currencies such as Bitcoin, Etherium and Ripple. She also testified at the January 2014 Virtual Currency Hearings before the New York State Department of Financial Services regarding regulation of virtual and crypto currencies.

Prior to joining the firm, Judie was a partner in the London and New York offices of an international law firm. Judie was group counsel for the American Express Global Travelers Cheque and Prepaid Services Group for more than 10 years. Under her legal guidance, American Express launched a range of prepaid cards and products, including phone cards, gift cards, mall cards and expense management cards. Her experience also encompasses smart cards, “virtual” and radio frequency ID (RFID) products as well as an extensive range of reward, loyalty and incentive products.