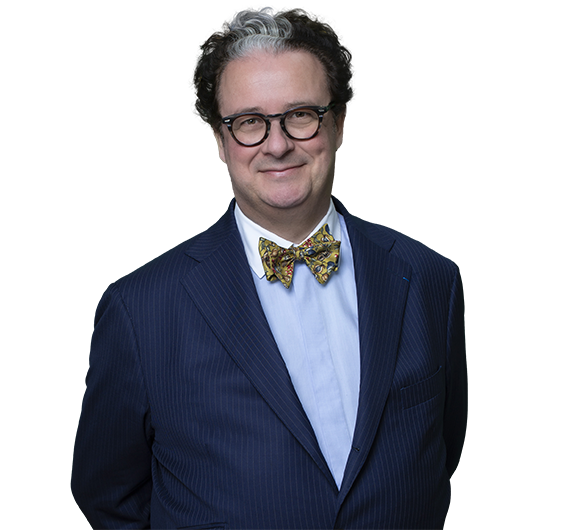 Louis Degos is a highly regarded litigation and arbitration lawyer. He heads the Litigation and Arbitration practice at K&L Gates Paris. Louis Degos has been elected as a member of French National Bar Council for two mandates: from 2015 to 2017, and from 2018 to 2020. During his six years of mandate, he was notably chairman of the Commission on Future, Prospective, and Innovation of the legal profession (CNB) and directed the Future, Prospective, and Innovation magazine, published at Lexis Nexis. From January 2012 to December 2014, Louis has served with distinction as an elected member of the elite Council of the Paris Bar Association.

In his areas of expertise, Louis has two official professional accreditations from National Authorities: he holds the national certificate of specialist lawyer in Arbitration Law, and he is accredited by the French Lawyers National Mediation Centre to practice as Mediator. These professional qualifications reflect his strong experience and practice in commercial litigation and alternative dispute resolution. He pleads regularly before French state courts and arbitral (ad hoc and institutional) tribunals in domestic and international disputes.

Louis frequently represents parties in alternative dispute resolution proceedings. He advises parties within the framework of mediations and other alternative dispute resolution modes, such as assisted negotiation or mini-trial.
He is also a regularly appointed mediator, both in domestic and international disputes, on high profile cases in a wide range of industry sectors (aerospace, automobiles, chemicals, construction, energy, engineering, high-tech, mining and metals, oil & gas, telecom, transportation).

Louis is also well-known for his particular knowledge in arbitration law and his experience in disputes following or related to arbitration. He represents parties before state courts within the framework of proceedings related to arbitration (temporary and protective measures, appointment of the arbitral tribunal, appeal, annulment recourse and execution of awards). He has been counsel, co-counsel or consultant, in  numerous recourses against or enforcements of arbitral awards in France and abroad. He is also the regular counsel of important institutions of arbitration and often represents arbitrators whose liability is engaged before courts.

His university career has turned to arbitration and alternative dispute resolution, which he still teaches at the University. Louis is also a teacher at the CMAP as part of the arbitrator training and He is a frequent speaker at seminars and conferences on arbitration, mediation, ADR, but also on legal innovations and professional practice. Louis is a Chevalier in the National Order of Merit.

Louis has written numerous articles about domestic and international arbitration, both in French and in English. He also held conferences in France and abroad.

Selection of publications and work from 2021: