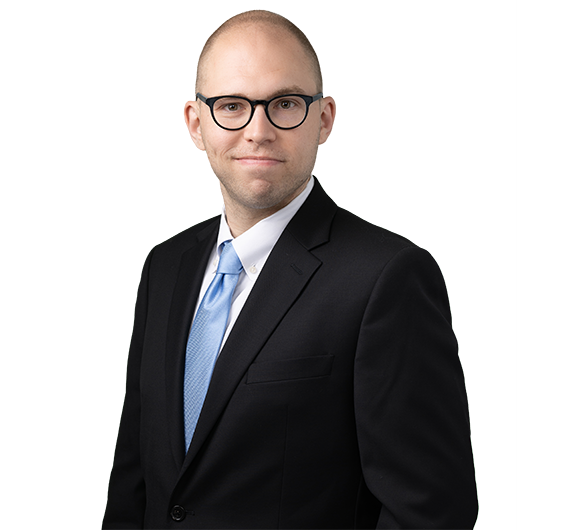 Taylor J. Arluck is an associate in K&L Gates’ Newark office. He is a member of the Labor, Employment, and Workplace Safety practice group.

Taylor was a summer associate with K&L Gates in 2021. Through this role, he researched case law for an employment-law matter involving a former executive suing his prior employer under New Jersey's whistleblower statute, and assisted in pro-bono representation of a transgender client in securing identification changes on official state records.

Prior to rejoining K&L Gates as an associate, Taylor interned with Region 29 of the National Labor Relations Board. In that capacity, he contributed to a final investigative report involving alleged labor-law violations by a union official, took affidavits during the investigative process, and researched board procedures for conducting union elections during the first summer of the COVID-19 pandemic. Taylor also worked as a research and teaching assistant for Brooklyn Law School Professor Aaron Twerski, a preeminent scholar of products liability and tort law. As a research assistant, he contributed to the defamation chapter of Professor Twerski's “Torts: Cases and Materials” casebook and researched tort litigation involving judicial imposition of vicarious liability on e-commerce giants and their third-party sellers. During law school, Taylor was a notes editor for the Brooklyn Law Review, which published his note on federal labor law.

Before attending law school, Taylor worked for more than five years as a journalist at a subscription-based, legal news service based in New York City, where he covered labor and employment law, among other practice areas. During that time, he assumed a leadership role in the company's union-organizing campaign and participated in the collective-bargaining process, while attending night classes on labor relations. As an undergraduate, Taylor worked as an intern for a major American metropolitan daily newspaper based in New York City with a global readership.