A Full Bench of the Federal Court has upheld a decision of the Federal Court that Mr. McCourt, a British backpacker engaged by a labour hire company (Personnel) to work as an unskilled labourer for a building company (Hanssen), was lawfully engaged as a contractor and was not an employee. This is despite overwhelming evidence that the way in which Mr. McCourt carried out his work in all aspects conformed with the characteristics of a relationship of employment.

In a unanimous decision, the Full Bench has made it clear its decision to uphold the finding that Mr. McCourt was an independent contractor, occurred as a direct result of the constraints of legal authority, rather than the factual circumstances before it.

What Did Mr. McCourt Do?

Mr. McCourt was a 22 year old backpacker who, after entering into a contract with Personnel, began providing labouring services to Hanssen. He worked regular hours at the Hanssen site, taking instruction from and being under the control and supervision of Hanssen in performing cleaning and basic building work. While he supplied his own boots, hard-hat and hi-vis shirt, his equipment was supplied by Hanssen. He was a low skilled labourer, working around 50 hours a week for Hanssen, and was unable to delegate his work to a third party. He was paid by the hour, and there were no penalties if work was not completed in a competent or diligent manner.

If your instincts tell you that Mr. McCourt does not seem like an 'independent' contractor, then you are in good company.

While finding in favour of Personnel, Justice Lee noted that based on an objective assessment of the relevant indicia (that we have all come to know so well), Mr. McCourt's status as an independent contractor was "less intuitively sound."

Chief Justice Allsop concurred with this view, stating that "unconstrained by authority, I would favour an approach which viewed the relationship between Mr. McCourt and Personnel as that of casual employment." Justice Jagot agreed with the reasons of each of the other judges.

The defining factor in this case was a precedent set by another appellate court, the Western Australian Industrial Appeals Court (WAIAC) in a materially identical case, involving the same labour hire company in 2004: Personnel Contracting v CFMEU [2004] WASCA 312 (the First Personnel Case), in which it was held by the majority that the workers were independent contractors.

In the First Personnel case, the WAIAC's finding was on the basis that this arrangement was an "Odco" arrangement (see Building Workers Industrial Union of Australia v Odco Pty Ltd [1991] FCA 96. Odco was the first case to consider at length this type of "tripartite" contracting arrangement and its interaction with employee classification. Since Odco, these arrangements have been widely replicated, with Personnel successfully doing so over the years.

In the present case, ultimately, the Full Bench was not prepared to express the view that the WAIAC's decision in the First Personnel Case, where it found that an Odco arrangement was valid, was "plainly wrong and that it should not be followed", and was therefore bound to follow it.

Referring in part to the first Personnel Case, Chief Justice Allsop, in his conclusion states:

"This question of the circumstantial weight of contractual terms is sufficiently varied in application by different courts, but potentially so crucial, that it is not for an intermediate court of appeal to seek to state a binding expression of approach where that is the point of distinction with another…"

What Does This Mean?

The Full Court's decision expresses frustration at the binary inquiry that they are forced to apply in this type of employee/contractor dispute, and the limitations this places on new and novel labour relationships. Justice Lee also agrees with the authors of Creighton & Stewart's Labour Law in that "the days of the Odco system may be numbered."

Chief Justice Allsop's comments throughout the judgement seem to invite another authority, whether Parliament or the High Court to adjudicate the matter.

More broadly, this case fits into a spectrum of cases including such "new and novel labour relationships" including in the technology space and the gig economy.

This case concerns a traditional independent contractor labour arrangement once sanctioned by the Federal Court now being called into question. This complements another pattern emerging demonstrating that the old laws are ill equipped to deal with the nuances that these new labour scenarios are throwing at the courts. Recent developments in relation to casual workers (see our related article on the Rossato decision) also give a clear indication that it is time to rethink key areas of labour law. 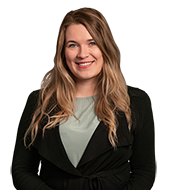