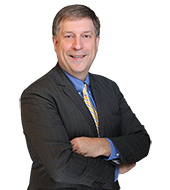 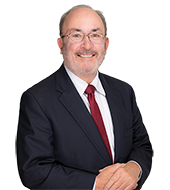 Evans has worked on major federal policy issues, including this year’s Inflation Reduction Act and reconciliation process, for more than four decades. He served on the U.S. Senate staff for more than 26 years, including 18 years as chief counsel to two separate Senate committees. Evans also worked in private practice for 15 years, where he represented business, governmental, and nonprofit clients in both law and lobbying matters.

Evans joined the staff of U.S. Sen. Max Baucus of Montana in 1983, serving for nearly 20 years as a legislative assistant (tax and trade), legislative director, Democratic chief counsel to the Senate Environment and Public Works Committee, and Democratic chief counsel and deputy staff director to the Senate Finance Committee. In 2003, Evans became a partner at K&L Gates, where he worked for more than a decade.

In 2014, Evans returned to the Senate, again as Democratic chief counsel and deputy staff director to the Senate Finance Committee, this time under Sen. Ron Wyden of Oregon. In that role, Evans advised Sen. Wyden, party leadership, and other Democratic senators regarding Senate procedure, constitutional and other legal matters, substantive policy, and political strategy, and helped oversee the work of the members of the Committee's Democratic professional staff.

“Between public service and private practice, Mike has been involved in some of the most significant legislation in the tax, health care, trade, and environmental space over the past 40 years,” said Karishma Page, co-leader of K&L Gates’ public policy and law practice. “He is one of the leading individuals on Senate process and procedure and has played key roles in crafting prominent legislation and advocating positions on issues of national significance. We are excited to have him rejoin our team.”

Evans is among more than 130 partners and of counsel K&L Gates has welcomed across its global platform since the beginning of 2020, with the firm’s Washington, D.C., office also having added partners Guillermo Christensen (cybersecurity and national security), Yi Ying (antitrust, competition, and trade regulation), and Victor Chang (benefits and executive compensation), as well as of counsel Cheryl Isaac (asset management and investment funds) during the last year.

J. Barclay Collins, managing partner of K&L Gates’ Washington, D.C., office, remarked: “We are delighted to have Mike return to our Washington office. He brings important experience and understanding in areas that include tax, health care, and trade policy, as well as Congressional oversight and investigations.”

With a significant team of bipartisan lawyers and policy professionals who have more than 500 years of combined government experience, members of K&L Gates’ public policy and law practice work with clients through the entire policy life cycle—from legislation to regulation and dispute resolution. The group has grown to one of the largest policy practices of any global integrated law firm.