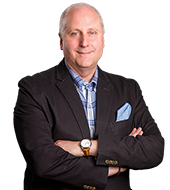 New York - Global law firm K&L Gates LLP has advised special purpose acquisition company Spartacus Acquisition Corporation (NASDAQ: TMTS and TMTSW) on its definitive merger agreement with leading next generation GPS provider NextNav, which will result in NextNav becoming a NASDAQ-listed public company under the name of NextNav, Inc. The transaction reflects a pro forma enterprise valuation for NextNav of approximately US $900 million and a pro forma market capitalization of approximately US $1.225 billion.

The proceeds from the transaction are expected to be used to fuel growth in NextNav’s current businesses, continue to build NextNav’s next generation GPS platform, and expand products (one of which is already deployed in 4,400 cities) that include its terrestrial-based, encrypted network. The NextNav platform serves a $100 billion global total addressable market in public safety, e911, mass market consumer apps, eVTOLs, UAVs and autonomous vehicles, IoT and critical infrastructure, and many other sectors.

Matlin noted: “We are very excited to assist the great team at Spartacus in moving to the next stage of its planned life-cycle by reaching an agreement with a technology company like NextNav.”

Igor Volshteyn, CFO of Spartacus, commented: “Spartacus was thrilled with the high level of continuous support provided by K&L Gates and looks forward to closing the transaction.”