On 2 August 2017, the Italian Parliament has adopted the Italian Competition Law, following a complex and long legislative procedure. As already reported (please see below our previous updates), an intense debate surrounded the discussion and the approval of the new rules, which relate to several industry sectors, including energy, insurance services, banks, transport and tourism.

Significantly, the new legislation also amends the Italian merger filing thresholds. In particular, under the new regime a transaction must be notified to the Italian Antitrust Authority (“IAA”) if the following thresholds are met in the previous financial year:

As already provided under the previous system, these thresholds are updated each year to reflect adjustments in the GDP deflator index.

The new legislation is expected to increase the number of transactions to be notified to the IAA. This is due to the fact that the second threshold is reduced. However, it must be noted that the first threshold is still too high, thus potentially excluding significant mergers that may impact narrowly-defined markets from the scope of the national merger control.

This new merger notification system is expected to enter into force at the end of August or at the beginning of September at the latest.

The IAA declared to be satisfied with the adoption of the new legislation, which reflected without significant changes its recommendations on the new merger control rules system following a consultation conducted in 2014. 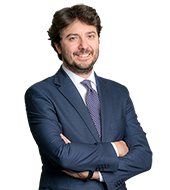